Hope you can help?

I have to deliver a wokshop online, which was originally designed as face-to-face workshop. So I have to change the method of delivery. In the face-to-face format I started with a counting exercise. This exercise goes in the following way:

Have folks break into pairs, one partner facing the other. Their task is to count to three again and again, as fast as they can, alternating numbers. Partner A says “One,” Partner B says “Two,” and A finishes the triplet by saying “Three.” As soon as they’ve finished, they start again, this time B leading with “One” so the counting loops around in continuous fashion. After a minute or so, check in with players to see how that went. You’ll likely find folks surprised by how difficult the task proved.

After that first round, offer directions for the second: with the same partners as before, count back and forth again, but instead of saying “One,” participants should clap. Now, the sequence goes Clap-“Two”-“Three.” Invite players to register their reactions if they “fail” or make a mistake. What happens, specifically, in their bodies, faces, or thoughts? After this round, you’ll often find that your pairs struggled even more—the toggling between verbal and kinesthetic processing takes a bit more brain time for most.

The next round ups the ante even further: instead of saying “Two,” players now snap their fingers so the rhythm goes Clap-Snap-“Three.” Same partners, same task: alternate back and forth, going as quickly as possible.

One of the take-aways from this exercise is that change isn't easy, but once you have started with a small change it is easier to continue with adding small changes. For my online version I am looking for a exercise where I can deliver the same take-away. Does anyone have an idea I could do in the online environment?

This reply was deleted.

💡 Read our code of Conduct

💡 Curated resources to help with your live online learning

Started by Jo Cook in Design, Delivery, and Technology & platforms

Started by Joost Brouwer in Delivery What can drive you crazy when on a webinar!?!?

Started by Michael Cook in Delivery 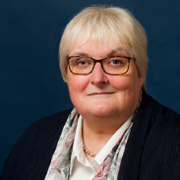 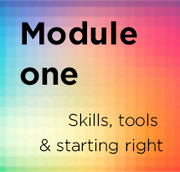 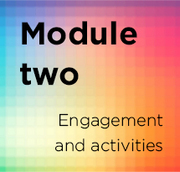 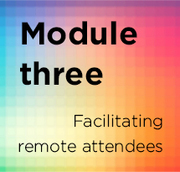